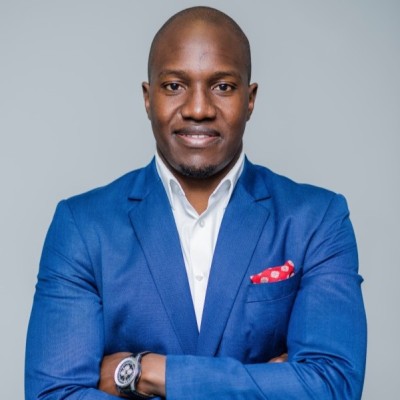 Melvyn Lubega is an experienced technology entrepreneur and executive who has built businesses that serve customers on every continent, except Antarctica. Most notably he built and scaled Go1, a leading online learning platform used by organisations and governments in over 20 countries, which recently became a unicorn following a $200 million investment led by SoftBank, Salesforce Ventures and AirTree Ventures. He is also a referenced thought leader and invited speaker both abroad and locally on digital transformation, disruptive innovation, the future of the workforce as well as business strategy.

Melvyn has advised leading enterprises and governments in over 10 countries across the Middle East and Africa when he worked with the international firm Boston Consulting Group, joining as one of their first consultants in the region in 2011. Melvyn then served as the Principal Investment Advisor on technology investments for a large South African listed investment firm.

Ever close to the latest disruptive technologies and global trends, he is an advisor to the Minister of Communications and Digital Technologies on the Fourth Industrial Revolution (4IR) and its impacts on the future of work and skills in South Africa. The Minister appointed Melvyn to serve as a Non-Executive Director of the entity tasked by Cabinet with leading the digital transformation in South Africa as well as skilling civil servants, private sector and society at large for the needs of the Fourth Industrial Revolution. In the private sector, he also serves as an independent Non-Executive Director of JSE-listed Adcorp Group (JSE:ADR), Africa’s largest workplace solutions provider, as well as of Conduit Capital (JSE:CND), a JSE-listed investment holdings company. Melvyn is also on the Council at St John’s College, where he is Deputy Chairperson of the St John’s College Foundation Board and its Investment Committee as well as Chairperson of the IT Committee leading the school’s digital transformation.

Melvyn is a builder of disruptive technologies that create impact by solving significant business and social challenges. Following his studies at Oxford, he co-founded Go1 (Go1.com), a world leader in online corporate training solutions and world’s largest marketplace of training. It has been recognised on both the Deloitte Fast500 list of the world’s fastest growing companies, as well as the Disrupt100 list of the world’s most disruptive companies. In addition to its most recent investment round, Go1 has been backed by the University of Oxford, Microsoft, and Y Combinator (the world’s most prestigious technology accelerator of companies such as AirBnB, Stripe and Dropbox).