Board Member on various boards 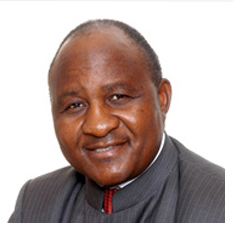 Board Member on various boards

Was Managing Director of Egoli Gas (Pty) Ltd, the sole reticulator of piped natural gas in the greater Johannesburg metropolitan area. The business operates within the hi-tech space of the energy sector.Responsibilities at strategic level include:

Tepco Petroleum was a leading South African Black Empowerment enterprise involved in commercial marketing and retail sales of petroleum products.  Reporting to a non-executive Chairman, I had full strategic and operational executive responsibility for optimal performance of the business.  I was actively involved in negotiating the empowerment deal for Thebe Investment Corporation to acquire 25% of Shell South Africa’s downstream business.  Consequently, effective April 2002 a new entity called Shell SA Marketing (Pty) Ltd was established of which Tepco became a subsidiary. I was a member of the Shell Southern Africa executive committee.  The deal triggered complete re-engineering of the Tepco business which more than doubled the size of the company to turnover in excess of R1.4 billion.

My portfolio entailed vision design, strategic control and direction of a media group with budgeted revenue nearly R800 million and ebitda of R100m in 2000. Also responsible for strategic expansion and initiatives for investing in the African continent.

Magazine Publishing: Consumer magazines (8).Business magazines (23).Medical speciality journals (11).Each SBU was directly managed by a MD/GM accountable to me.

Member of the following boards:

1994:  Management Development Consultant for the Commonwealth Secretariat based in Lesotho.