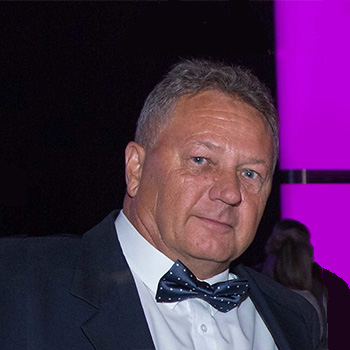 Malcolm, 61 years old, has a degree in Quantity Surveying & Building Economics from Heriot-Watt University, Edinburgh. He has been a Fellow of the Institute of Directors Southern Africa for past fifteen years. He has held director or governing body positions since the age of twenty-seven. Over thirty years’ experience in the construction industry as a Quantity Surveyor and Project Manager. Became a shareholder of a construction company at the age of twenty-eight. Has been responsible for the commercial aspects of numerous construction projects and has authored contracts up to R250m.

Malcolm was co-founder and Chairman of Inquina Rugby Club in Fourways. The club’s claim to fame was having the Rugby World Cup trophy at Diepsloot (the club coached 600 youths in Diepsloot at the time) in November 2013 presented by legendary All Black Grant Fox. Inquina is one of the very few amateur clubs in the world to have had this honour.Malcolm is the Company secretary of Business Engage and enjoys doing workshops on Corporate Governance, tenders and contracts.